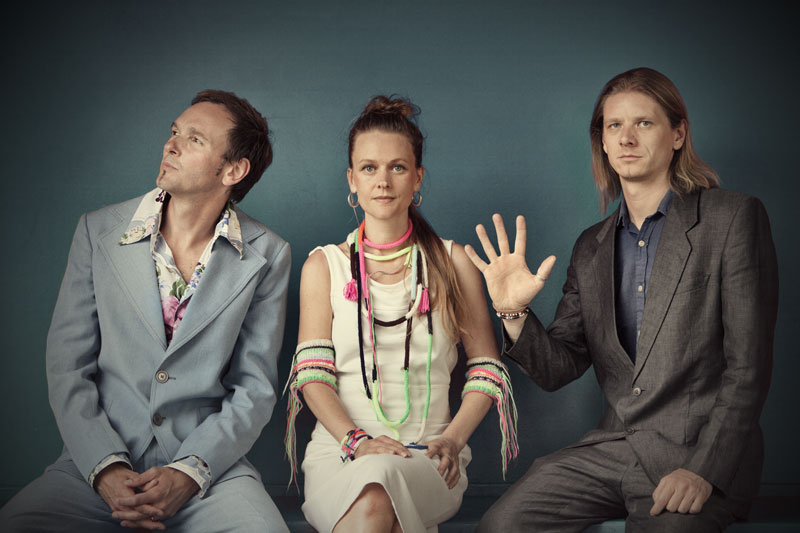 The Swiss-South African trio a.spell is one of the most exciting discoveries on the recent music scene. Urban, yet exotic, fragile and bombastic in the same breath; a.spell put a spell on their audiences from Cape Town to Hamburg, from Maputo to Moscow. Three years after the release of Where The Strange Creatures Live, A.Spell are ready to release a second album entitled:
«The Meaning Of Life».

a.spell’s music has evolved with bold statements and a strong new direction. On this new recording the music explores stories of queens, emperors, grey moons and dark places, as well as golden glimmers of hope for a meaning of life. Soundscapes and percussive textures mix in rhythmic, structured compositions. Unfamiliar combinations of instruments and rich variety are specialities that are endlessly intriguing. Distorted, effected bass and contra bass clarinet, accompanied by tabla, hybrid drum kit, didgeridoo and playful electronics, all blended together by the richness of an accordeon, form the basis for an otherworldly voice soaring high above.

Jan Galega Brönnimann has been on the scene for years and known for his innovative and cutting edge collaborations. As a composer and instrumentalist he has worked with the likes of: Nils Petter Molvaer, Sidsel Endresen, Pierre Favre, Saadet Türköz, Eddie Floyd, Round Table Knights, Eivind Aarset, Eddie Floyd, Aly Keïta and Kenny Werner. He is best known as a frontman with his own band, Brink Man Ship.

Ronan Skillen has been exploring a fusion of tabla, percussion and didgeridoo by means of a hybrid percussion kit which he designed. This demonstrates a rich textural variety and a unique versatility which he uses in musical genres across the board. Recent collaborations include: Rodriguez (Sugarman), Deep South, Björn Meyer,   Babu, Tonik,  Johnny Clegg, Freshlyground, Hot Water.